Sen. Kamala Harris keeps getting manterrupted, and the internet can’t help but sigh 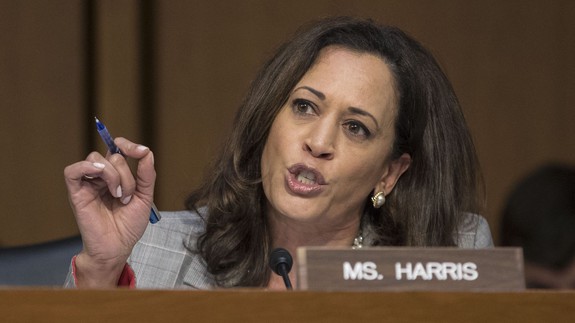 There’s something about Sen. Kamala Harris that makes certain men around her nervous. And makes others just want to interrupt her.

And the internet couldn’t help but notice the manterruption Tuesday during a Senate hearing focused on picking apart what Attorney General Jeff Sessions knew about Russia’s attempts to meddle with the presidential election.

After the California democrat was interrupted by the Senate Intelligence Committee’s chair — for the second time in two weeks — her name began trending on Twitter right alongside Sessions’. Even if the male senators interrupting her may not realize there’s a pattern forming, the internet certainly did. Read more…