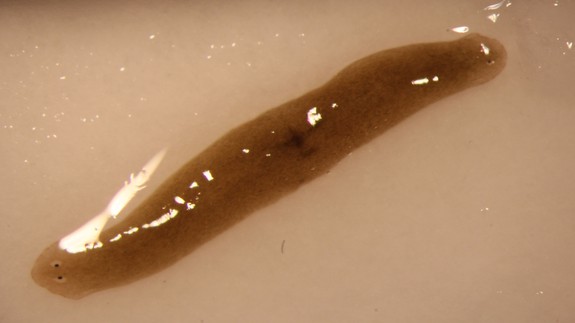 Space does weird things to the human body.

From leaving you uncoordinated after months spent in weightlessness to atrophied muscles, space travel can wreak havoc on you physically.

But growing another head? That’s a new one.

According to a new study published in the journal Regeneration, an amputated piece of a flatworm (D. japonica) grew two heads during its five weeks on the International Space Station.

On Earth, this is very rare kind of mutation for these varieties of worms, which are typically less than half an inch long and can regenerate from amputated segments. Read more…