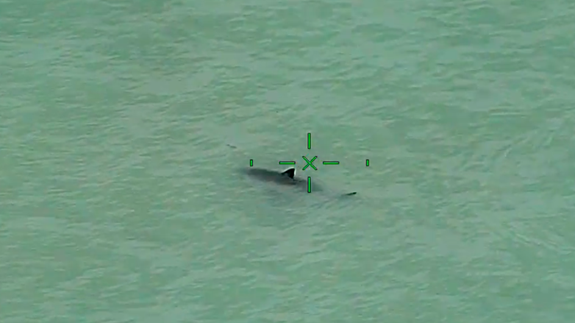 New footage shot near Capistrano Beach from the Orange County Sheriff’s Department adds to the evidence that Southern California has a really bad shark problem this year.

“You are paddleboarding next to approximately 15 great white sharks,” Deputy Brian Stockbridge announced  from the helicopter to the beachgoers below.

Thankfully, the sharks were relatively small and were not acting aggressively, so the area beaches were not closed but put under shark advisory instead, the Orange County Register reports.

“We haven’t had any reports of anyone being bumped or charged, just observations of them either swimming or breaching,” OC Lifeguards Chief Jason Young told the Register. Read more…