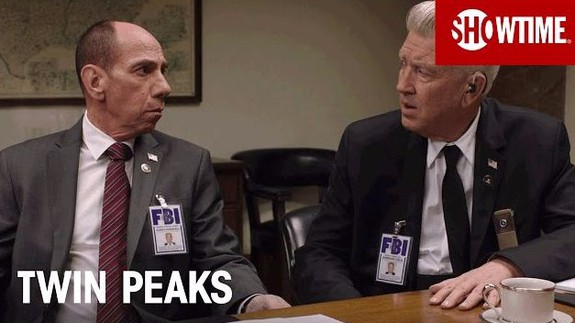 David Lynch has been strenuously tight-lipped about the highly anticipated upcoming season of Twin Peaks.

Up until now, teasers and trailers just showed some images of sets and characters. That’s it. But in the latest clip, we finally see characters old and new saying words which will probably be closely scrutinised by fans for the next 10 days.

From the trailer, we can see that Deputy Andy Brennan (played by Harry Goaz) and receptionist Lucy Moran (Kimmy Robertson) kept the same job at the Twin Peaks Sheriff’s Department.  Read more…