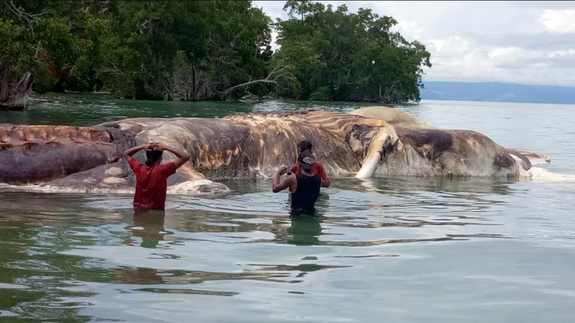 Something has washed up on the shore of an Indonesian island. It’s huge, it’s floating — and it’s rotting.

Tuanakota initially mistook the huge blob for a stranded boat.

Photos and videos of the sea creature have gone viral, and its identity has stumped many locals. People have speculated that it could be a giant squid, or a sperm whale. Read more…