NASA captures an incredible photo of a creeper galaxy 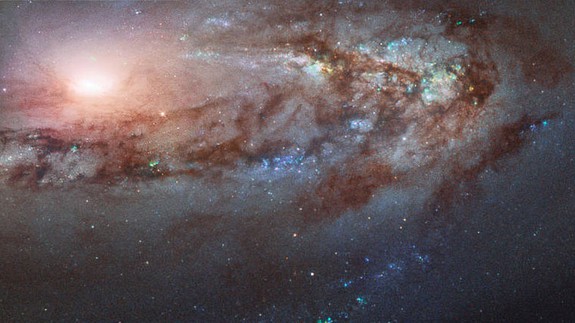 Most galaxies are traveling away from our galaxy, not closer to it. Still, there are exceptions.

Take Messier 90, one of the few galaxies that appears to be traveling towards our own Milky Way galaxy. Recently, NASA’s Hubble telescope caught an awe-inspiring photo of the galaxy.

Here it is in full.

Because the universe is expanding, most galaxies are moving away from the Milky Way galaxy. Consequently, these galaxies appear to be on the red side of the spectrum, a phenomenon known as redshift. Read more…