Michelle Obama expertly blasts Trump without even mentioning his name 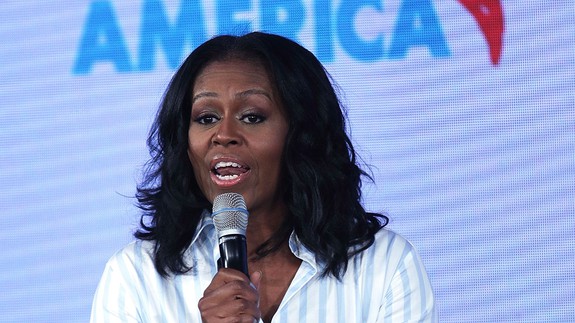 Former first lady Michelle Obama was back on stage doing what she’s known to do: talking about childhood obesity and making Americans healthier. But this talk had some bite to it.

Naturally, the recent decision by Donald Trump’s administration to not push forward with federal rules to make school lunches healthier — something Obama championed for hard with her “Let’s Move” initiative during her eight years in the White House — was brought up.

Obama had some tough words at the Partnership for Healthier America Summit in Washington, D.C. Friday. Without mentioning Trump by name or singling out the U.S. Agriculture Secretary Sonny Perdue who announced his plan to “make school lunches great again” earlier this month, Obama made her very clear what she thought of the president and his administration’s move. Read more…