Dude wrestles 16-foot python with his bare hands, because Florida 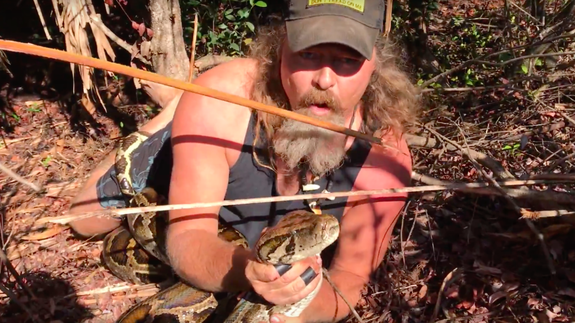 When you think of Florida wildlife, you probably think of alligators. Well, the sunshine state also has 16-foot pythons creeping around, NBD.

While Florida is well, Florida, the invasion of Burmese pythons in the Everglades National Park is a huge problem. The snakes are not natural to the area. The National Parks Service believes they were introduced either accidentally or on purpose by pet owners. They can potentially destroy endangered plants and animals and mess with the “natural order of South Florida’s ecological communities.”

Because of that, the state pays hunters to capture and kill these animals, and snake hunter Dustin Crum caught a pregnant, 130-pound, 16-foot-10 python earlier this week with his bare hands.  Read more…