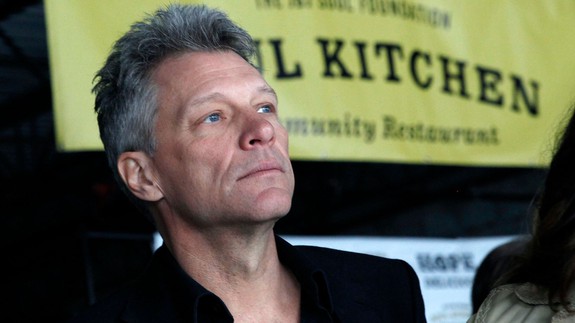 As Donald Trump’s partial shutdown of the U.S. government approaches the end of its first (and hopefully last) month, every little bit helps. Jon Bon Jovi is doing his part.

The ’80s rocker — he’s had quite an accomplished career, but memories of Slippery When Wet will never fade — owns and operates New Jersey’s JBJ Soul Kitchen with his wife and business partner, Dorothea. The two have offered to treat any furloughed federal employees to a free lunch on Monday.

“Since founding the Soul Kitchen, we wanted to ensure that anyone struggling with food insecurity had a place to go,” the pair said in a statement, via NBC Philadelphia. “This Monday, we will be open for lunch as a way to create a place of support and resources for furloughed federal workers, many of whom are our friends and neighbors.” Read more…