James Comey once pulled a Sean Spicer to avoid Trump 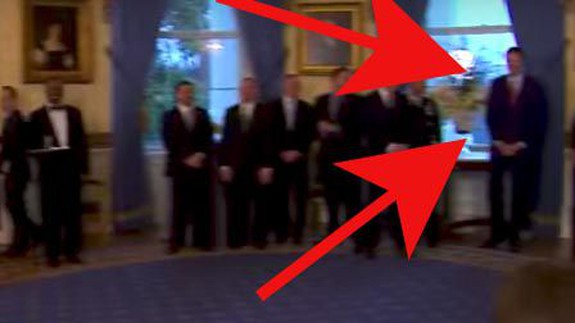 People working for President Donald Trump are apparently so embarrassed/ashamed/uneasy/disconcerted by him that they literally trying to hide themselves in the surrounding environment.

First it was Press Secretary Sean Spicer, who evaded reporters by standing AMONG the bushes (not IN the bushes as initially reported).

Then, it was the turn of former FBI Director James Comey, sacked by the president May 9.

As explained by Benjamin Wittes, senior fellow at the Brookings Institution and a Comey friend, in The New York Times, Comey tried to blend into the White House curtains to avoid being noticed by Trump during a January ceremony at the White House:  Read more…