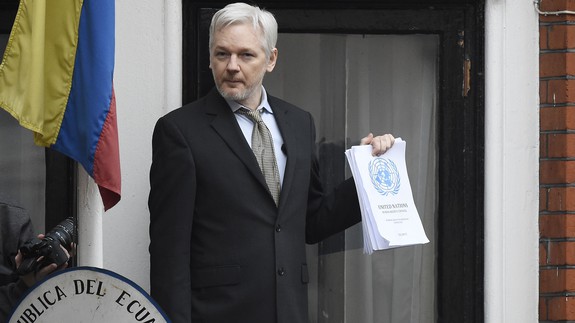 SEE ALSO: Pamela Anderson really, really wants you, and the rest of the world, to become a vegan

And he’s obviously thrilled about it, as his latest tweet with an old picture of himself smiling shows:

Sweden’s director of public prosecutions has decided to drop the 7-year rape investigation into the WikiLeaks founder.

Assange, 45, has lived in the Ecuadorian embassy in London since 2012, in a bid to avoid being extradited to Sweden.

He’s refused to travel to Stockholm for fears of a further extradition to the U.S., where he could face charges over WikiLeaks’ release of 500,000 secret military files on the wars in Afghanistan and Iraq. The U.S. hasn’t said whether they have prepared charges against him.  Read more…