‘I’m Dying Up Here’ shttp://mashable.com/2017/06/03/im-dying-up-here-premiere-showtime-ari-graynortar Ari Graynor on the trials and triumphs of women in comedy 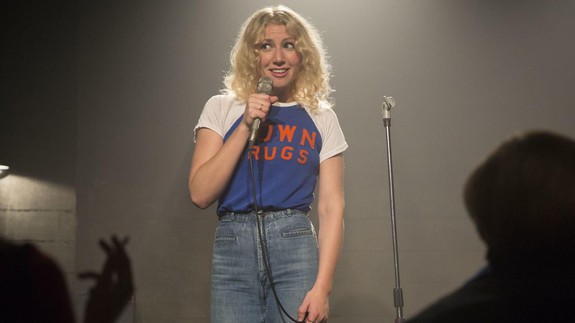 The ‘70s-era standups of Showtime’s new series I’m Dying Up Here may be struggling to find their comedic voices on screen, but behind the scenes, actress Ari Graynor is killing it.

Of course, along with an impressive array of dramatic roles, Graynor has delivered a critically admired string of comedic performances playing colorful and amusing women – her filmography includes standout turns in Nick & Nora’s Infinite Playlist, Whip It, The Sitter, Celeste and Jesse Forever, and her much-admired turn in For a Good Time Call… which Graynor also produced.

More about Comedy, Showtime, Stand Up, I M Dying Up Here, and Ari Graynor