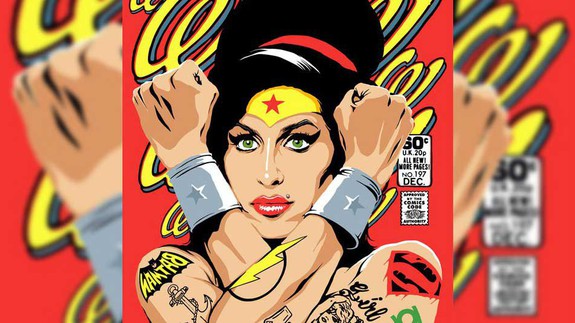 The success of Wonder Woman at the box office is leading to predictions of a $100 million opening weekend and waves of praise on social media.

And while Wonder Woman was already iconic, the film is inspiring brilliant new fan artwork, including this series of mashups from our old friend, Brazil-based artist Butcher Billy.

Billy’s new series takes the familiar look of Wonder Woman and applies it to some of the most famous women in entertainment history, including the late singer Amy Winehouse, Siouxsie Sioux (leader singer of rock group Siouxsie and the Banshees), and actor Lindsay Lohan. Read more…