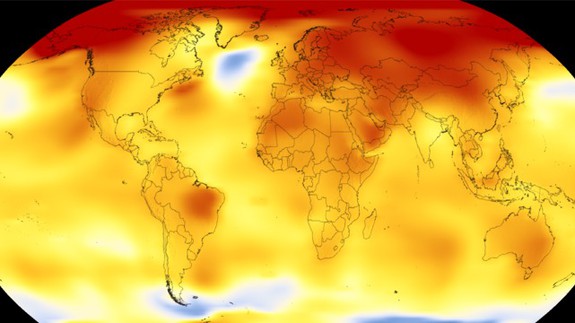 Here’s a statistic: On Earth, 18 of the last 19 years have been the warmest in recorded history.

And as both NASA and the National Oceanic and Atmospheric Administration (NOAA) announced on Wednesday, the last five years have been the five hottest in history — since quality record-keeping began in the 1880s. It’s an unmistakable, accelerating warming trend.

The globe’s 21st-century heating, however, becomes all the more stark when compared to the coldest years on record. As climate scientist Simon Donner, who researches human-induced climate change at The University of British Columbia, underscored via a list posted on Twitter, the planet’s 20 coldest years all occurred nearly a century ago, between 1884 and 1929. Read more…