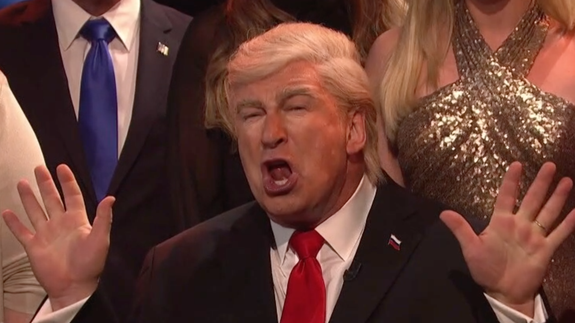 Alec Baldwin performed his now infamous Donald Trump impression for perhaps the final time on Saturday Night Live’s season finale, and it was as moving as it was hysterical. Well, depending on how you think this presidency is going to turn out.

But unlike Kate’s solitary Hillary, Trump was not alone in his sorrow.

Out came Kate McKinnon as Kellyanne Conway, joined soon by Beck Bennett’s Mike Pence. Not to be missed are the Bobbsey Twins, Alex Moffat and Mikey Day as Eric Trump and Donald Jr., looking simultaneously douchey and bewildered, as always.  Read more…