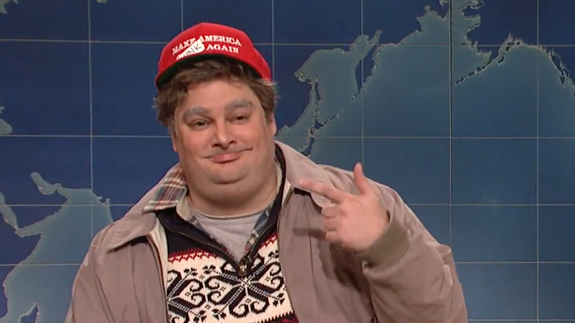 Only one SNL character could possibly be interested in Making America Drunk Again.

After nine seasons on SNL, Bobby Moynihan did his last show on Saturday, and of course Drunk Uncle stopped by “Weekend Update” to talk about Donald Trump.

He said some stuff but … pfffffthbbllltlbt.

Moynihan took on many roles during his long SNL tenure — he was Chris Christie during the campaign — but his rambling, blubbering take on everyone’s least intelligible relative will be the one for which he’s best remembered. Read more…