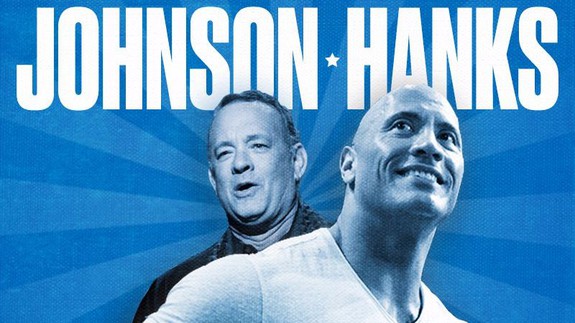 When Dwayne Johnson told a journalist earlier this month that a run for president was “a real possibility,” there was a part of us that kinda … took it seriously? Why not, right?

Well, start the countdown clock for 2020, because you’re going to love his choice for running mate.

Johnson, who’s hosting Saturday Night Live this weekend, took the stage, ostensibly to receive his “five timers” jacket from Alec Baldwin. “A lot of people have been telling me that I should run for president,” Johnson said, and then went right for it: “Starting tonight, I’m running for president of the United States.” Read more…