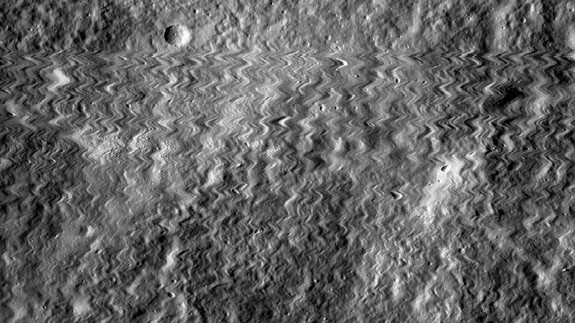 Way back in October 2014, one of NASA’s spacecraft had a very bad day.

The space agency’s Lunar Reconnaissance Orbiter (LRO) — which launched on its mission to study the moon in 2009 — was actually smacked in the camera by a tiny piece of fast-moving space debris on Oct. 13, 2014.

But amazingly, it lived to tell the tale.

SEE ALSO: The Best Moons in the Solar System

A photo taken that day by the LRO’s camera in question shows a kind of incredible looking zigzag pattern distorting a black and white image of the moon.