A Death Star for cats: Why this WiFi robot kitty litter may be worth $550 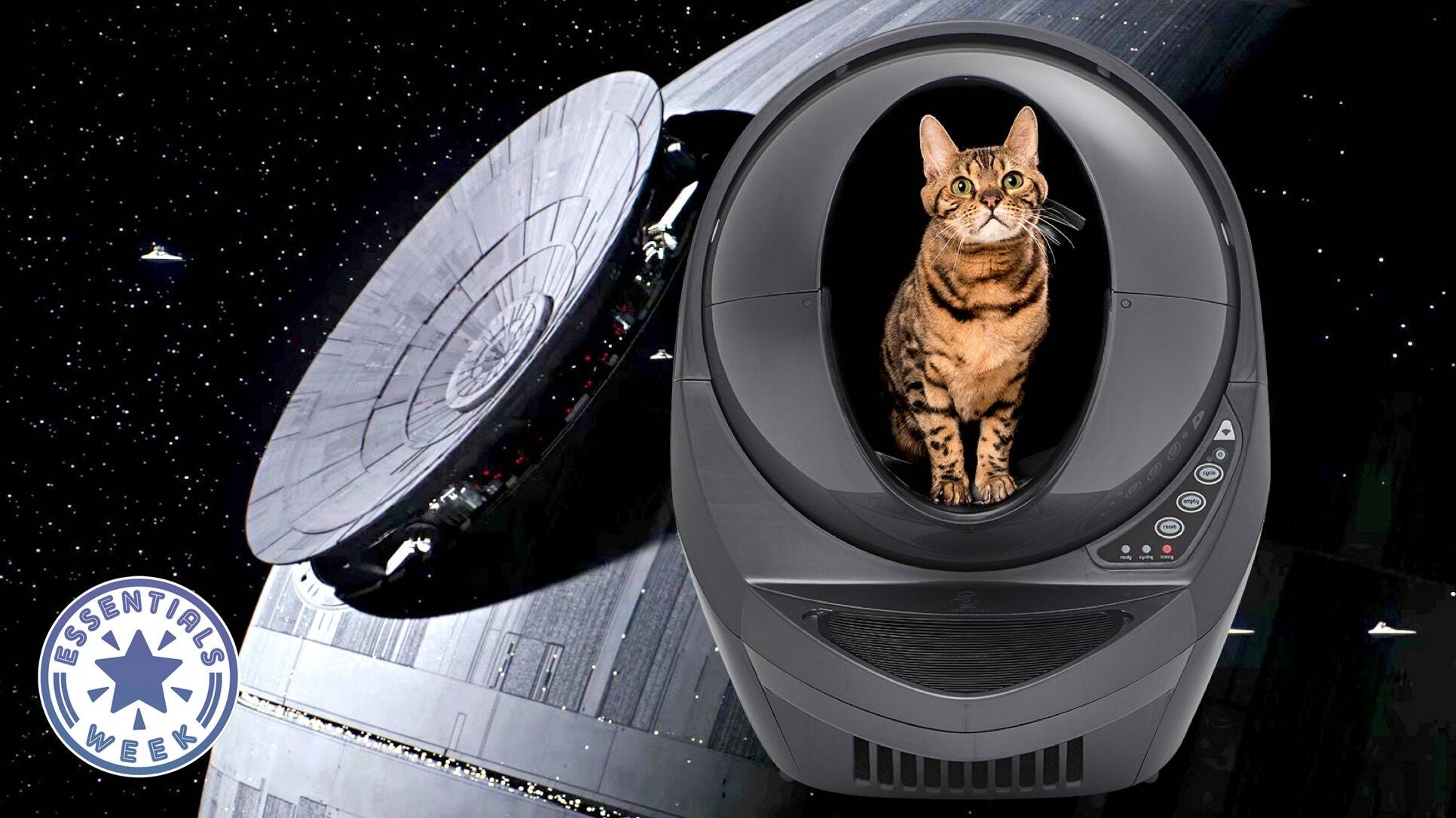 Cats, I can say in the least controversial opinion ever published on the internet, are amazing pets. The cuddly fluff monsters are strongly correlated with a reduced risk of dying from heart disease. They effortlessly create cute content, enough to fill a YouTube channel or Instagram account (like mine, @marvelous_mowgli). And they’re nature’s neat freaks, forever self-cleaning, usually happy to do their business any place you put a litter box. Never will you need to scrape it off the sidewalk with a wafer-thin plastic bag first thing in the morning (looking at you, dogs).

Still, the scooping of poop clumps from kitty litter — which experts recommend you do on a daily basis — is undeniably the most sucky side of cat parenthood. Few feline lovers realize just how hazardous this stuff can be. Some litters use silica dust, a known carcinogen; others the clumping, concrete-like sodium bentonite, a potential poison for pets. Skip a day of scooping and you may be at risk for the toxoplasmosis parasite. Pregnant or immunocompromised people shouldn’t scoop litter for this reason. In the COVID-19 era, do we really need this kind of extra harm in our homes?

All of which explains why the Litter-Robot 3 Connect has been one of the most useful gadgets to have arrived in the Mowgli household since the pandemic began. Although it costs $550, connects to an app via WiFi, and looks like a miniature Death Star, this self-cleaning litter box is no fanciful luxury for Star Wars-loving cat people. Its automatic process is simple, reliable, and less wasteful than human labor. My wife estimates it has cut our litter purchases by up to 50 percent over two years. All we need to do is take the bag out of its bottom tray whenever the app tells us it’s full, usually once a week.

That reduction in litter usage is better for the environment (no more throwing out the whole box when it develops a layer of cat pee on the bottom), and pretty good for our bottom line even if the benefit doesn’t necessarily outweigh the cost of the machine over time. The Litter Robot rotates a few minutes after the in-built weight sensor detects a cat leaving its confines, filtering the spare litter to one side while the heavier clumps drop through to the bag-lined drawer. For us, and no doubt for Mowgli, it’s far better that he never has to step on poop on his way to or from dropping off more of it.

Besides, what price would you put on never having to scoop cat litter again? If you would have paid someone a dollar a day to do it for you during the pandemic, this robot would have already earned its keep — including the extra $50 required to extend the warranty from 18 to 36 months. (It may be more cost-effective for owners of multiple cats, since the constant recycling process increases the likelihood that these supremely territorial animals will all be willing to go in the same place.)

Failure of the first Death Star

Our love of the Connect model was not guaranteed, given that we previously owned a first-generation Litter-Robot. Technically we still own it, though it now sits in parts in our garage after developing a mechanical fault. Like the Connect — indeed, they both look like Death Stars — that first robot did its best to rotate after Mowgli had done his business. But too often it would stop halfway through the rotation, red light blinking like an X-Wing had just dropped a torpedo down its main reactor shaft.

Unlike the Galactic Empire, however, our second model of Death Star has been far more effective than the first. The manufacturer (formerly known as Autopets, now rebranded as Whisker) recommends that you take the Connect apart and clean it once a month, but we have not bothered to do so in 24 months of ownership and it’s still ticking along fine.

It’s worth the space sacrifice to not have to look at that sandy Tatooine landscape of poop every day.

The mostly-closed design restricts litter odor to the corner of the laundry room where it sits. The 14-inch by 14-inch footprint may be fairly large, but again, I’d say it’s worth the space sacrifice to not have to look at that sandy Tatooine landscape of poop every day.

And as much as you may roll your eyes at an app-connected cat litter device, there are benefits to a system that keeps track of exactly when Mowgli visits the bathroom. Like many male cats, he is at risk for urinary tract issues — so if he pees too frequently or too infrequently, it could be the first sign of something that might lead to a hefty vet’s bill down the road. (Luckily we’re good so far, but since he’s 11 and entering senior cat territory, this is well worth keeping an eye on.)

Amazingly, the Litter Robot even provided an assist the one time our indoor cat decided to run away from home. We went on a three-day vacation, and had no idea Mowgli had darted out of the door while we were lugging suitcases to the car. Then one of our neighbors called with a vague sighting of a cat that looked like him crossing a road.

Was that information solid enough to cut our vacation short, drive home and hunt for him? Yes, because the Litter Robot confirmed there had been no cat presence in 24 hours. Furthermore, we could use its bag of concentrated Mowgli waste outside, where the smell helped guide him home from several blocks away.

On its own, such potential pet tracking may not seem like a reason to drop a cool 550 smackers on a high-tech cat toilet. But put it together with the benefits of a mostly poop-free life, and you can see why this is one Death Star we are happy to have within firing range.