You can thank/blame Tina Fey for Alec Baldwin as Trump 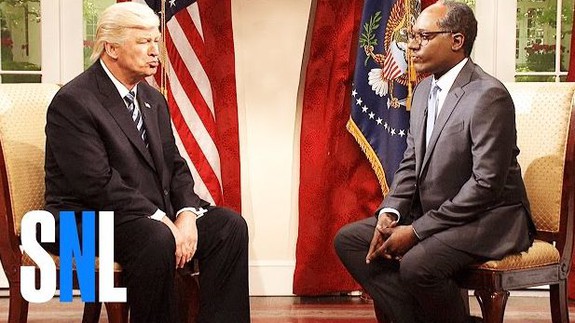 Everything Tina Fey touches turns to gold, or to an orange-tinged tan beneath a ghastly blonde wig. In The Hollywood Reporter‘s cover story about SNL and American politics, Lorne Michaels revealed that it was Fey who first floated the idea of her one-time 30 Rock co-star.

In the interview with various members of the show’s cast and production, Baldwin recalls struggling to find his take on Trump while watching hours of footage of him. Read more…