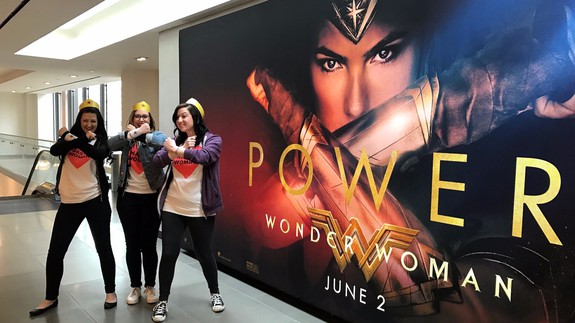 It might have looked different in other parts of the country, but at New York’s Alamo Drafthouse in Brooklyn, the first “Wonder Woman with Wonder Woman” screening had not a naysayer in sight.

When Drafthouse first announced the nationwide screenings for anyone who identifies as a woman, a reliable subsection of the internet was up in arms.

Davenport was born in 1971 and grew up with Wonder Woman and the Bionic Woman — the only female superheroes who were beacons nonetheless. Read more…