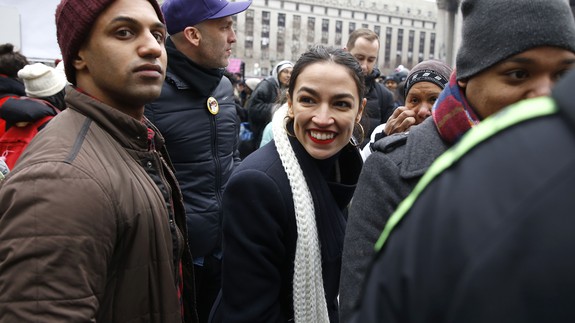 It’s not every day a member of Congress drops by a Twitch session.

Streamers of a session of Donkey Kong 64 on Sunday were treated to a cameo from newly elected Congresswoman Alexandria Ocasio-Cortez.

SEE ALSO: Alexandria Ocasio-Cortez made perfect use of this 20-year-old video game meme

YouTube star Hbomberguy, a.k.a. Harry Brewis, is streaming a Twitch marathon of the classic 1999 Donkey Kong adventure platformer released by Rare for Nintendo 64, which he’d never finished as a kid (preach).

Brewis explained in a video announcement he intended to play the game start to finish, streaming from January 18 to raise money for Mermaids, a charity providing resources and support for transgender children and young people.  Read more…