UberEats will solve your late night snack cravings in London 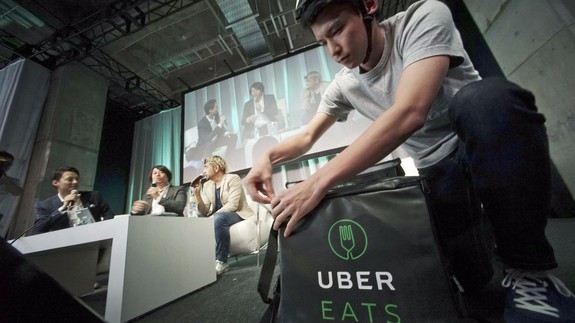 If you love eating at restaurants often but you’re also lazy and/or just prefer staying home, UberEats is a service you should get to know.

UberEats, the ride-hailing company’s food-delivery service, now runs until 2 a.m. in London, a three-hour extension of its previous closing time, according to a company announcement.

This update means Londoners can order UberEat almost around the clock, choosing from 150 participating restaurants to fill the space in their stomach long past the setting of the sun.

The service started doing breakfast in London at 7 a.m. back in January, which at the time moved the opening hour back four hours from 11 a.m. So now instead of running from 11 a.m. to 11 p.m., just half the day, the service now covers 19 of every 24 hours.  Read more…