TV peaked exactly 4 years ago today, with this one ‘Game of Thrones’ episode 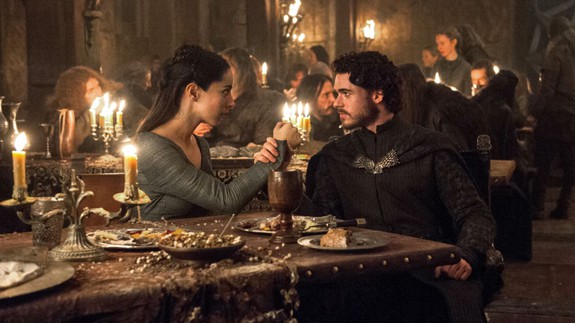 “The Lannisters send their regards.“

And that was it — the peak moment of the peak episode from the peak show in television’s peak year. Truly, “Peak TV.”

It’s a term we throw around a lot these days, but technically, it should be in past tense. Because there is no doubt that TV peaked on this very day, exactly four years ago, on June 2, 2013, with “The Rains of Castamere,” aka the “Red Wedding” episode of Game of Thrones.

SEE ALSO: Get used to the idea that the Lannisters will prevail

That day was a high water mark not just for the show, but for the medium itself, at a time when everything around it was peaking, too. Never before have we had such a moment.  Read more…