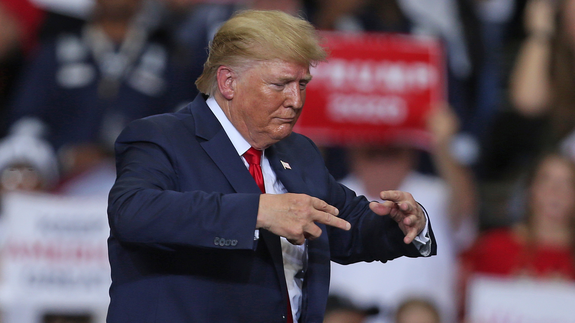 For once, Donald Trump finds himself mired in a conspiracy theory that’s not of his own making.

It’s all thanks to a (reportedly) unscheduled trip Trump made to Walter Reed Hospital on Saturday for a medical exam. Of course, any time a president makes an unannounced trip to a hospital, it’s cause for concern.

White House press secretary Stephanie Grisham denied anything was wrong and said that Trump was simply taking advantage of a light work day (LOL) to take care of an exam. Her insistence reached comical levels when she appeared on Jeanine Pirro’s Fox News show on Saturday night.

Good luck to anyone who can listen to this exchange with a straight face. Read more…