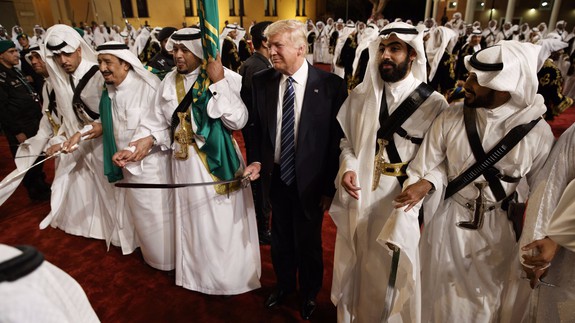 President Donald Trump bobbed and swayed during a traditional sword dance in Saudi Arabia, outside of Murabba Palace on Saturday, the first stop on the first international trip of his term.

SEE ALSO: Trump’s Russian income is not being mocked at all. With few exceptions.

The sword dance is known as the ardah, part of a dancing, drumming and chanting ceremony that often marks graduations, the birth of children, marriage, holidays, and other events deemed significant.

Trump did his best to bop along but, according to Twitter, the results were awkward at best.

Not right that they give Trump a smaller swordpic.twitter.com/dddSurogQy

More about Donald Trump and Watercooler