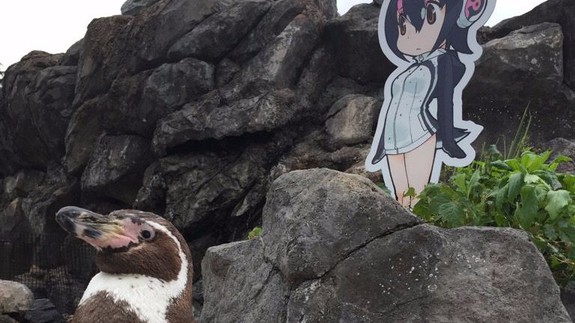 Love is a fickle thing, and that’s true for both humans and penguins.

Grape is a Humboldt penguin who lives in the Tobu Zoo in Japan. He was once in a relationship with Midori, a female Humboldt penguin, but he was tragically dumped when Midori left him for a younger penguin.

But Grape’s story doesn’t end in heartbreak because there’s a new girl in his life. The only thing is the girl is a cutout of an anime character.

Kemono Friends is a Japanese anime franchise featuring a group of zoo animals who have been turned into girls. One of those girls, named Hululu, resembles a Humboldt penguin. Read more…