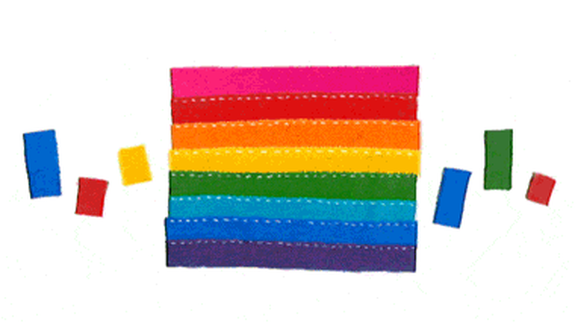 June is LGBTQ Pride Month and social networks and sites of all kinds are releasing special emojis and graphics in celebration.

On Friday, Google used its latest Doodle to honor American artist and LGBTQ rights activist Gilbert Baker, creator of the rainbow flag that has become a symbol of pride for LGBTQ individuals worldwide. Baker, who died last year at 65, would have turned 66 today.

According to TIME, Baker left the military after traveling from Kansas to San Francisco with the U.S. Army. After leaving the military, he taught himself to sew and would often volunteer to make protest banners for the city’s LGBTQ community. Read more…