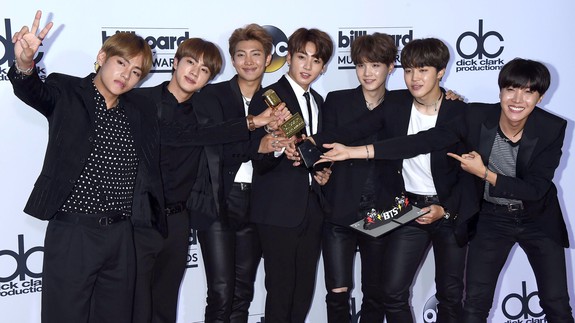 This boyband just became the first K-pop group to ever win a Billboard Music Awards.

BTS beat the likes of Justin Bieber, Selena Gomez and Ariana Grande in the fan-voted category, walking away with the title of Top Social Artist.

SEE ALSO: Celine Dion performed ‘My Heart Will Go On’ at the Billboard Awards and the internet cried an ocean of tears

Fans of BTS pretty much went crazy on Twitter, and #BTSBBMAs started trending.