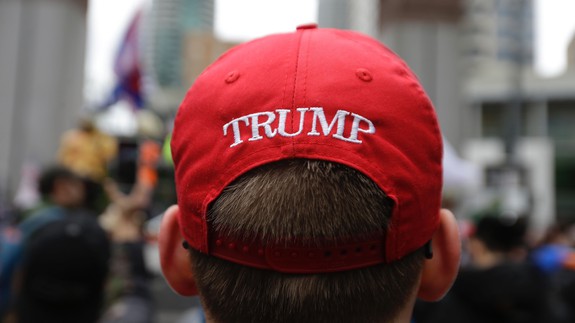 Die-hard Donald Trump supporters are facing a choice — start acknowledging that their messiah might not be all that great or go deeper down the rabbit hole of Trumpkin insanity.

Rabbit hole it is.

Conservative media and pro-Trump zealots have begun flooding the internet with a conspiracy theory tied to the July 2016 murder of a Democratic National Committee staffer — just hours after the Washington Post broke the news that Trump had divulged classified intelligence to Russian representatives.

By Tuesday morning, the theory was trending on Twitter and dominated most conservative websites and message boards. The story topped Breitbart and Drudge Report at various times and has completely dominated the front page of /r/The_Donald, a subreddit of particularly faithful Trump supporters. Read more…