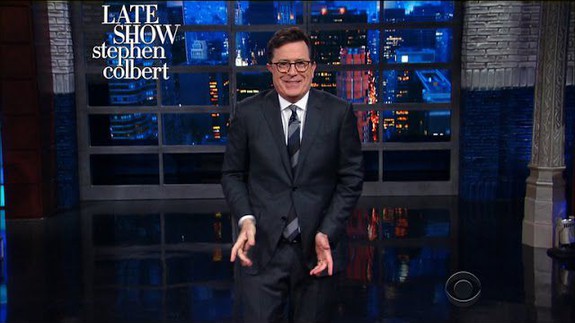 The big news everyone is talking about is Donald Trump firing FBI director James Comey.

It happened just 10 minutes before Stephen Colbert taped The Late Show, but the late night host had plenty of rounds to fire.

“That shows no gratitude at all. Did Trump forget about the Hillary emails that Comey talked about?” Colbert said.

Trump said in a letter that Comey was “not able to effectively lead the Bureau” after the investigation into Hillary Clinton’s emails, but Colbert thinks he has a more plausible explanation.

“I think he was fired because Comey couldn’t guess the name Rumpelstiltskin,” he joked. Read more…