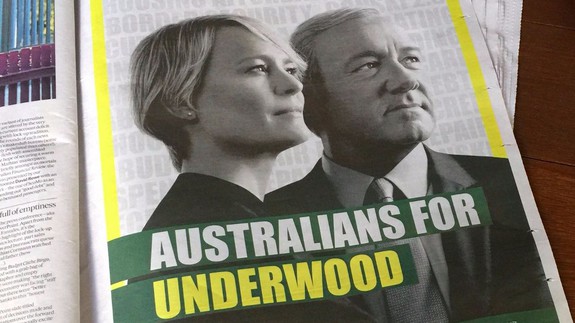 Tuesday was budget night in Australia, where people who cared about what the government was going to spend money on were glued to their television screens.

Interrupting the scintillating analysis on TV was an ad by Netflix, promoting the upcoming season of House of Cards.

But instead of it being about the show, it was styled like your typical Aussie political campaign ad. And you guessed it, plenty of people fell for it.