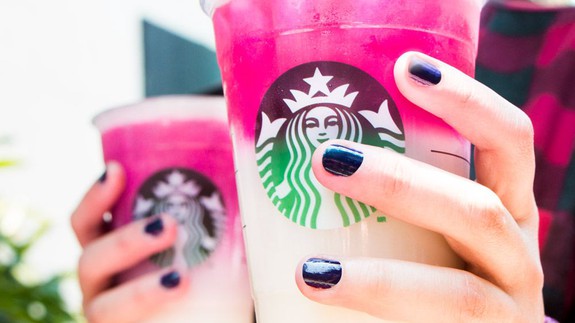 Has it been too long since Starbucks released a new drink for you to Instagram? Don’t worry.

The universal coffee overlords are at it again with another colorful drink officially added to its menu.

It’s starting to feel like déjà vu as we recover from the wild time that was the Unicorn Frappuccino weekend and all the various viral drinks that followed after it. Lest we forget the Mermaid Frappuccino, Unicorn Lemonade, Dragon Frappuccino, and all others that quickly rose and fell.

Now it’s time for the Ombre Pink Drink to have its time in the limelight. The pink-to-white drink has flavors of coconut milk, lime and passion iced tea, so it’s probably worth drinking after you snap a pic. Read more…