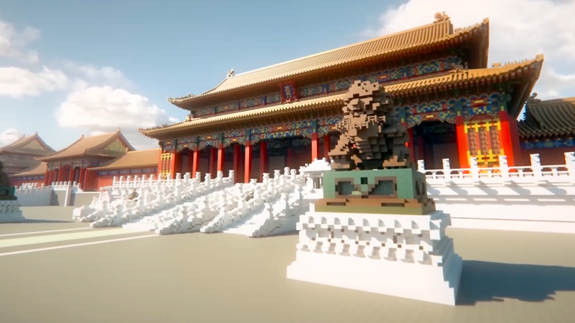 A small team of Minecraft users have spent more than two years building a virtual model of China’s Forbidden City.

The effort eventually came down to two guys labouring over the course of over two years, to lay down billions of bricks to eventually recreate the 600-year-old UNESCO World Heritage site.

The team was led by 22-year-old Su Yijun from Guangzhou, who orchestrated the plan from scratch in 2014, as volunteers dropped out one by one from the gargantuan task, Sixth Tone reports.

Their virtual creation covers a square grid of 100 million blocks, and even replicates furniture inside, from the Emperor’s throne, to the traditional Chinese-style beds of the time. Read more…