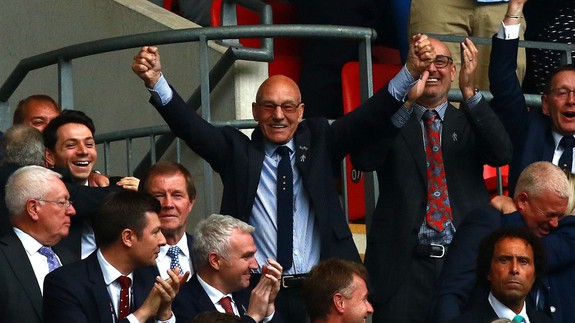 For a football fan, a penalty shootout in the play-off finals — with the chance of your team being promoted to the Premier League, no less — is about as tense as it gets.

And it’s even more tense when you’re not 100% sure what’s going on.

SEE ALSO: Patrick Stewart is being compared to Kellyanne Conway and he couldn’t be happier

Live-tweeting the action was Sir Patrick Stewart’s son, Daniel. He and his dad were in the crowd to support Huddersfield. Read more…