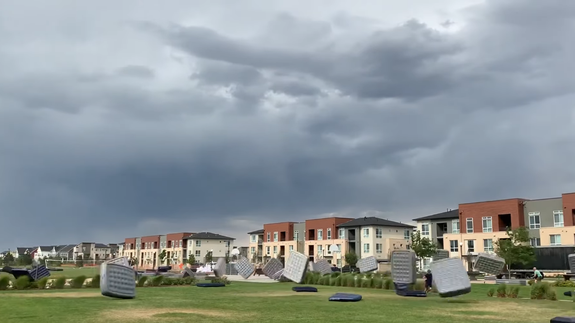 Most of you probably think mattresses are inanimate objects, forever lying stationary until some living creature, typically a human, picks one up and moves it. You’ll all think differently after seeing this video.

The video, shot in Colorado on Aug. 17, claims that this mass mattress migration is an accident. “We were hanging out by the pool and apparently they were setting up for ‘movie night under the stars’ with pillows and mattresses and then a storm rolled in.”

Maybe that’s true. Or maybe someone set these mattresses up, knowing the looming storm would bring about this dramatic scene. Whatever the truth really is, this shit is hilarious. Read more…