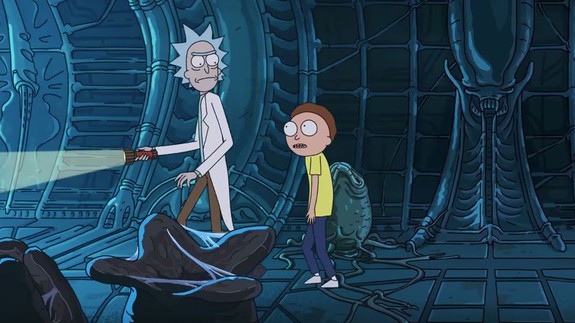 Of the myriad ways planet miners and space soldiers have tried to defeat the xenomorphs from Alien a new method from none other than Rick and Morty may hold the key.

In a new video from Adult Swim, the animated dimension traveling duo encounter a deadly facehugger, the parasite that plants alien eggs in humans. But when the nearly undefeated facehugger locks onto Rick, it’s forced to let go after encountering “all the drugs and alcohol swirling around” in his body.

Unfortunately, this isn’t a preview from a new episode of Rick and Morty, it’s just a promo for Alien: Covenant, but we’ll take any mashup of the two sci-fi favorites we can get.  Read more…