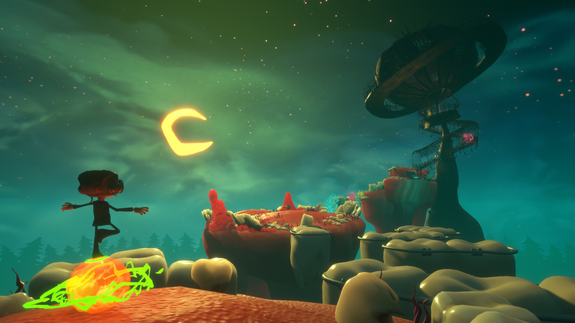 In the years since its release in 2005, Psychonauts has become a cult classic as an early game that was about something much deeper than it seemed. But because it was so ahead of its time, Psychonauts found both critical and commercial success to be middling compared to creator Tim Schafer’s other knockouts like Secret of Monkey Island.

But in 2019, Psychonauts is back for a sequel, its cult following out in full force to cheer its return to the main stage of Microsoft’s E3 showcase. A 30-minute demo for Psychonauts 2 and a Q&A with Schafer show the series has found the right time to shine.

You play as Raz, a member of a team of people who use psychic abilities to go inside others’ heads. Through puzzles and Psi-Powers, you battle their inner demons, like the goopy Regret monsters in the demo, who can “weigh you down” and are plaguing Dr. Caligosto Loboto’s mental world. Loboto’s been acting funny lately, so you’re tasked with blasting through his mental blockages to figure out who his nefarious “boss” is, a mysterious new character we only got a glimpse of.  Read more…