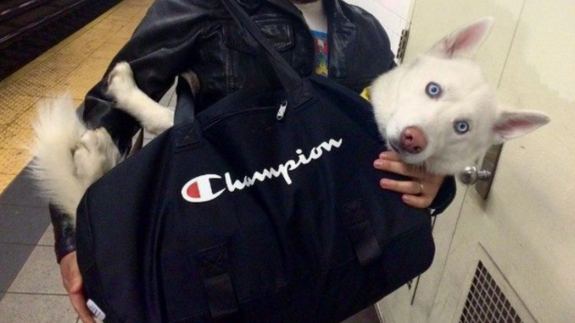 A new NYC transit rule went into effect last October, which bans dogs from riding the subway — unless they fit inside a “container.”

That’s a dog. In a bag. On the subwaypic.twitter.com/4hfqXuMCml

More about Animals and Culture