NASA scientists swooped over Antarctica and captured a gnarly world 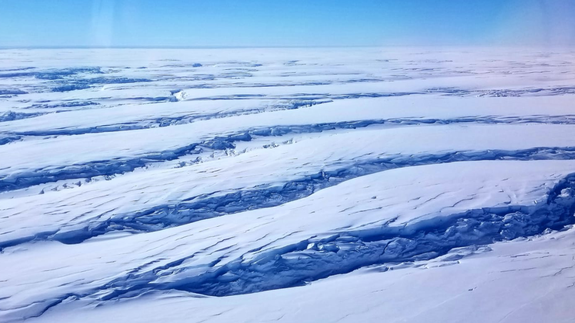 As Antarctic scientist Ted Scambos has repeatedly told me, the lofty mountains on this remote southern landmass are literally up to their necks in ice.

There’s so much ice blanketing Antarctica that, if all the ice melted, sea levels would rise 200 feet. Antarctica’s ice sprawls over a region about the size of the U.S. and Mexico combined.

Consider that as you view a fresh batch of ineffable Antarctic photos snapped by NASA scientists. The agency is presently flying an expedition over this wondrous ice world, called Operation IceBridge. The multi-year mission is NASA’s “most comprehensive airborne survey of ice change.” The ice, if you weren’t aware, is experiencing momentous change as the climate and oceans relentlessly warm.  Read more…