Microsoft needs your iPhone as part of its new mobile strategy 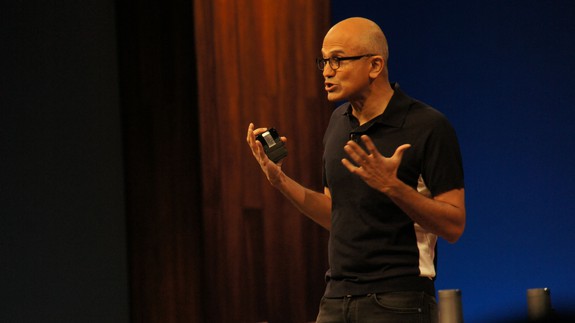 It wasn’t that long ago when Windows Phone was an important topic at Microsoft’s Build developer conference.

But you’d be hard-pressed to tell from watching this year’s keynotes. Like last year’s event, no one in the parade of Microsoft executives who took the stage made any mention of Windows Phone.

Except for that one moment.

SEE ALSO: The next version of Windows embraces iOS and Android like never before

Joe Belfiore, corporate vice president in Microsoft’s Operating Systems Group, was demoing a new OneDrive feature from the upcoming Fall Creators Update on a Windows Phone. As soon as he said the words “Windows Phone,” someone in the audience let out an inexplicably enthusiastic “Woot!” Read more…