Trump and EDM get these lacrosse bros super pumped 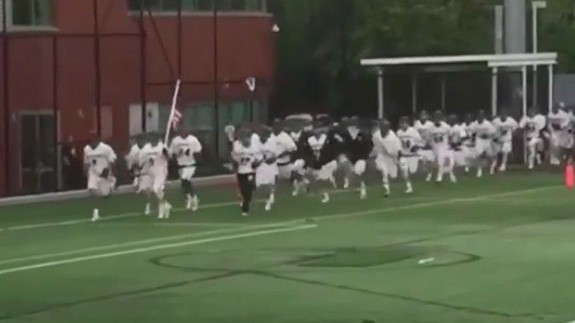 There are many songs to which a college sports team could hypothetically take the field. Players could run onto the grass while “Get Ready For This” blares. Or they could play some AC/DC. They could even blast that one song from 8 Mile.

Or they could layer a Donald Trump speech over an EDM track, as the Adelphi University men’s lacrosse team did.

That shouldn’t ruffle any feathers!

We know of the Adelphi lacrosse team’s choice thanks to video posted to social media by Barstool Sports.