It sure looks like Infowars misreported its own White House credentials 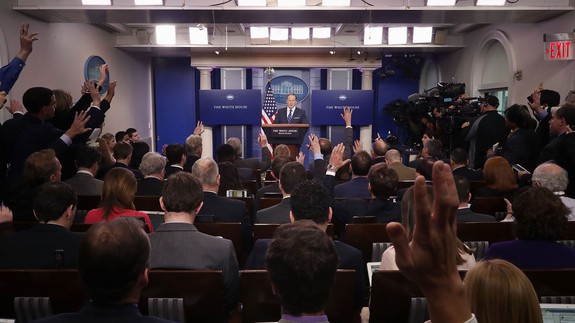 The site’s Washington Bureau Chief, Jerome Corsi, tweeted about obtaining press access with a photo in what looked like the White House briefing room. The website also ran a quick story about what it called “an epic blow” to mainstream media. The story also teased that Alex Jones might attend future meetings.

Corsi spent most of the rest of the day tweeting about the debunked conspiracy surrounding the murder of former Democratic staffer Seth Rich. Read more…