Astronauts to go on ‘contingency’ spacewalk to fix Space Station 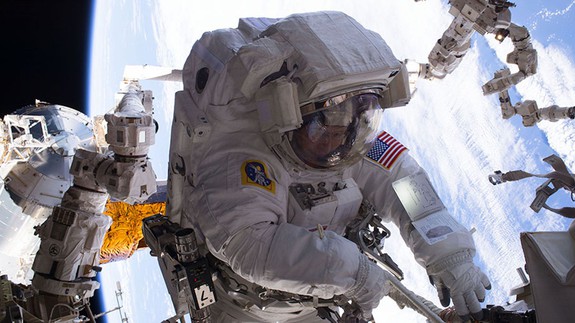 NASA astronauts Peggy Whitson and Jack Fischer are preparing for a hastily-scheduled spacewalk to repair a faulty part on the International Space Station (ISS).

The “contingency spacewalk,” which will take place on Tuesday morning, is aimed at removing and replacing a part known as the Multiplexer-Demultiplexer (MDM), which failed on Saturday morning. The cause of the failure is not known, NASA said in a blog post on Sunday.

While this is not an emergency situation — no lives are at risk on the Space Station as a result of the outage — but having backup systems is critical to the operation of the orbiting laboratory. The MDM is used to keep solar arrays, radiators, and other systems functioning properly.   Read more…

More about Newsy, Us World, and Space