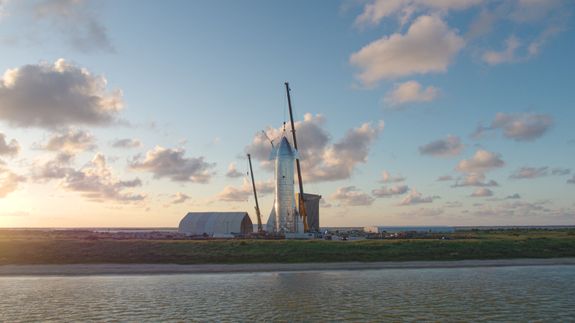 SpaceX’s much-heralded Starship reveal on Saturday night was undone somewhat by the fact that it’s hard to maintain secrecy with a 165-foot vehicle.

The Elon Musk-hosted evening presentation in Boca Chica, Texas gave viewers on the ground and watching from home via the livestream an update on the long-in-development spacecraft. The SpaceX Starship is a reusable vehicle capable of carrying both passengers and cargo beyond Earth’s orbit and out into our solar system.

Musk has described it as a “multiplanetary” transport that “will allow us to inhabit other worlds. Nevermind the fact that SpaceX hasn’t actually launched a crewed ship into space at this point, as NASA administrator Jim Bridenstine pointedly made clear in a statement on Friday. Read more…