Donald Trump told Theresa May he does not want to visit the U.K. if there are large protests against him 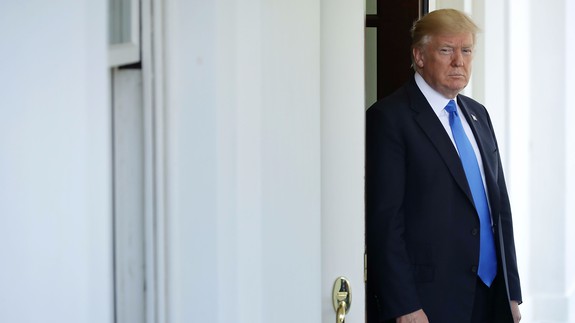 President Trump told British Prime Minister Theresa May that does not want to go forward with a planned state visit to the U.K. until the public supports him coming.

According to The Guardian, Trump told May in a recent phone call that he did not want to make the trip if there were going to be large-scale protests.

The source of The Guardian‘s report claims that May was surprised by Trump’s statement.

If he’s waiting for large public support from U.K. citizens, Trump may be waiting a long time. In February, Parliament debated a petition calling for the government to prevent Trump from making his state visit. The petition was signed by more than 1.8 million U.K. citizens. Read more…

More about Politics, Uk, Donald Trump, Theresa May, and World