Cosby thanks supporters on Twitter as trial deliberations continue 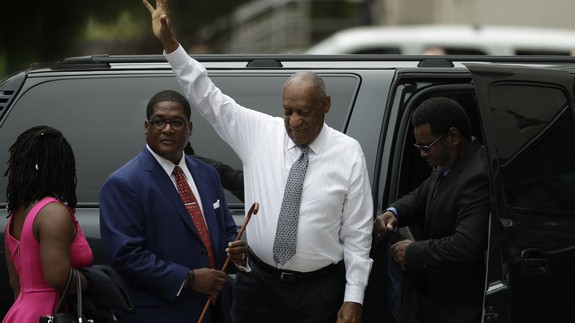 The jury is still out on Bill Cosby’s sexual assault trial but on Friday, as deliberations continued for a fifth day, the actor and comedian took to Twitter to thank his supporters.

Cosby has been on trial for the alleged sexual assault of Andrea Constand, the former director of operations for Temple University’s women’s basketball team. Constand says Cosby gave her pills in 2004 and sexually assaulted her.

On Friday, as jurors asked the judge to define “reasonable doubt” and attempted to bring an end to the deadlock on the three counts they were asked to consider, Cosby sent out a few tweets with photos of people holding signs up in support. Read more…