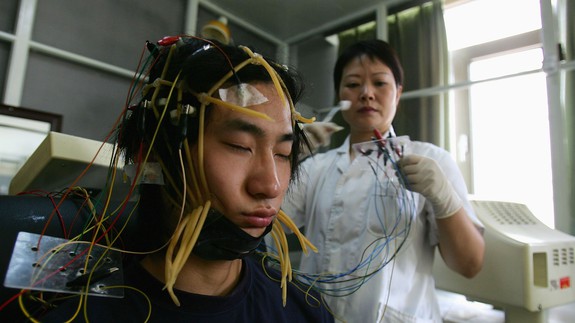 A Chinese game based on the country’s notorious “internet addiction camps” has shed light on their condition, and some of the appalling “cures” they have inflicted on teenagers.

The game, called Mysteries of Fence (篱笆庄密闻), gained attention after getting featured on Steam Greenlight, which allows people to vote on indie games.

Set in a tense, clinical environment, players are asked to solve puzzles, use tools and play mini-games, so as to ultimately flee the compound.

The game’s developer — who goes by the pseudonym InkyCatEars — said that she made the game based on video interviews with patients who had undergone electric shock therapy at these facilities, according to Sixth Tone. Read more…