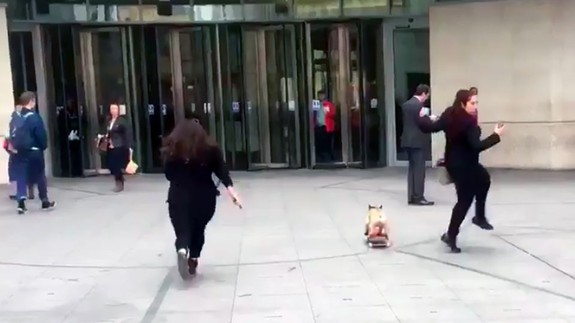 There’s nothing quite as magical as a skateboarding French bulldog.

SEE ALSO: This little boy reuniting with his doggie best friend will make you ugly cry

Yesterday, the skater pup Eric Spock MacLean a.k.a. Erocdog was seen showing off his skills — this time, outside the front doors of the BBC in central London.

A Twitter user shot a video of the doggie skating outside the busy news building.

In the video, the dog’s owner chases after him as he careens straight for the glass entrance. Eric came to a crashing halt, thankfully missing the revolving door.