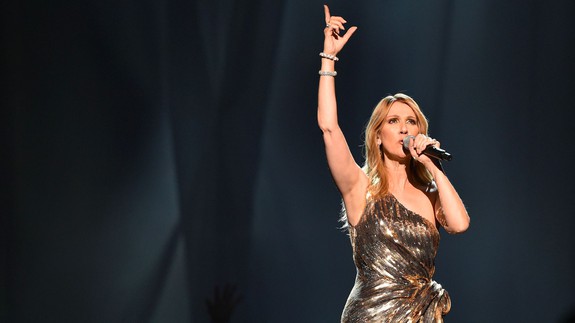 Few songs stick to film’s as firmly as Celine Dion’s “My Heart Will Go On” to the 1997 Academy Award-winning Titanic.

In honor of the film’s 20th anniversary, Dion took the stage at the 2017 Billboard Music Awards Sunday night in Las Vegas to belt out her iconic hit.

SEE ALSO: Billboard Awards through the years: The top winners, from 1989 to today

After an introduction from Lea Michele, Dion appeared inside a massive floor-to-ceiling chandelier in a bright white dress while clips of Titanic played on the screen.